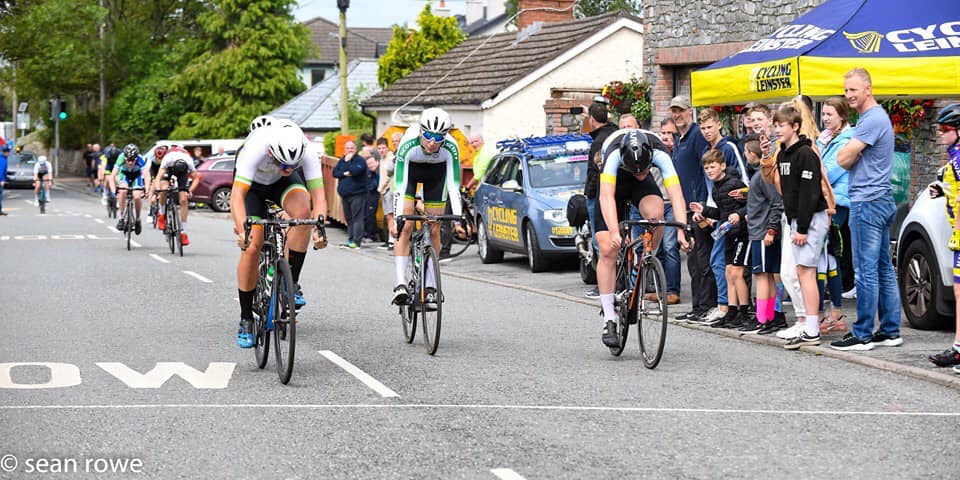 Big racing news over the weekend.

Connor was second in the youth Leinster championships, he was just half a bike “short” of 1st place. Nevertheless a great podium finish.

His role model Ronan was 2nd A2 in kilmessan in the A1/2/3 mixed raced on a super fast circuit..

Tony and Luke finished safely in the bunch after Luke was in the break until the last lap when there was numerous attacks.
Jay went up north to the John beggs on Saturday where it rained all day on a tough circuit.

Jason o toole also took part after his recent result in Leinster classic last week. He is close to A3 now
Chapeau all.