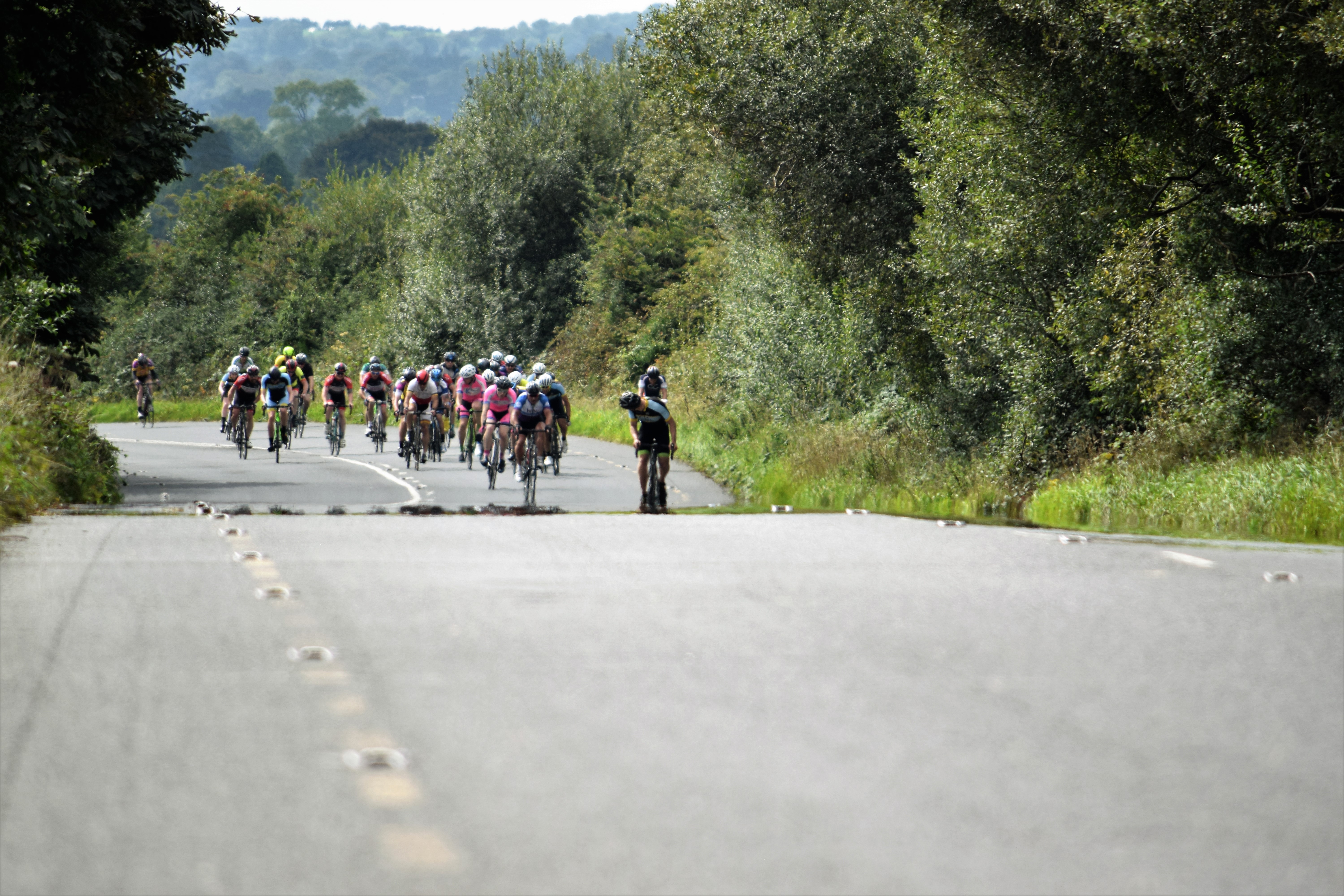 With just one round remaining in this years SERC summer league the battle for the top places on the podium is well and truly on. SERC’s Conor Short holds the lead after opening a healthy 16 point gap after round three, unfortunately with just two kilometers completed in round four he heard the hissing sound that no cyclist wants to hear, and he had to drop out of the race due to a puncture. Model county racer Andy McGuire from Rossbury Racing picked up all twelve points on the night, but Shorts nearest rival Paul Byrne who competes for neighboring club Gorey CC. has Short firmly in his sights. Byrne is just six point behind Short with McGuire only ten points in arrears, will the racing experience of Byrne and McGuire prove too much for the Ballycoog native or will youth prevail…
How ever while all eyes will be on the top three, Slipstream’s trio of Brendan Dunne, Denis McCarthy and Declan Kinch along with Martin Peters from Gorey CC could upset the overall placings……..
The A4 race has all the makings of another close encounter between SERC’s Jason O’ Toole and Niall Doyle from the Rossbury Racing club in South Wexford, with just ten points separating these two competitors after four rounds. In the first two rounds Doyle had the edge over O’Toole when it came to the sprint finish, and it will take an extra special effort if O’Toole is to the claim the SERC A4 league title on the testing Scarnagh finish.
Also in contention for a place on the podium is David O’ Neill of Wexford Wheelers, O’Neill who has put in strong performances through out the league, lies in third position going into the final round, but he’ll have one eye in the rear view mirror with Dave Murphy (Rossbury), SERC’s Wayne Byrne and Paul Barry who claimed all twelve points in round four looming large..!!
The presentation of prizes will take place at Hayes’s Garage asap after the racing has finished. Enjoy the final round of racing and keep it safe.